She received her Bachelor of Arts and medical degrees at the University of South Alabama in Mobile and  completed pathology residency at the University of Texas Health Science Center at Houston, during which time she rotated at several hospitals within the Houston Medical Center, including MD Anderson Cancer Center and Memorial Herman Hospital. Her fellowship in Dermatopathology was completed at Memorial Sloan Kettering Cancer Center in New York City, where she trained jointly with Cornell University and Memorial Sloan Kettering dermatologists and dermatopathologists.

Dr. Erica Kumar is Board certified in Anatomic and Clinical Pathology, with a subspecialty Board certification in Dermatopathology. 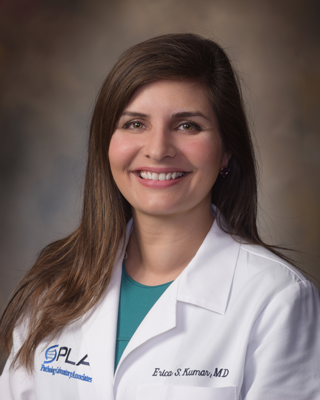